One of the ways a poem is different is the way it sounds when read aloud.

When you hear a poem being read aloud you can’t miss it.

This peculiar effect is caused by the sound Devices in Poetry.

Knowing the sound Devices would allow you to try out other types of poetic sound Devices besides the most popular alliteration, rhyme, and repetition.

What are Sound Devices?

Sound Devices are tools, techniques used in poetry to enhance the meaning of the poem.

It plays on the way words sound. The stress on each word, syllable, and letter to create a musical effect in a poem.

Why are Sound Devices important in Poetry?

There are many reasons sound devices are used in poems.

We use sound devices to create attention to a particular set of words or lines. An example is the use of repetition.

It calls back memories

There are two sound devices used in my poem.

The first is alliteration.

This line draws our attention.

While for the other device used is repetition.

Without missing it we know this poem is about someone’s name.

Not only the name but the speaker is trying to show that he knows the name of who is addressing.

Create a mood and tone

With the use of soft sounds, we can create a soft tone. While using hard sounds we create a hard tense mood.

Sound devices if used well would create a musical feeling to a poem.

It’s the reason when you recite certain poems they roll out smoothly out of your mouth like music.

Alliteration is this close repetition of the same consonant sounds at the beginning of words.

This repetition is recognized only when it’s in the same line(close).

Alliteration is also referred to as the Head Rhyme or Initial Rhyme.

You guessed it right.

Let’s look at an example of alliteration from  The Raven by Edgar Allan Poe.

Once upon a midnight dreary, while I pondered weak and weary

If you noticed your attention was drawn to while weak and weary.

That’s one of the importance of alliteration

Try saying “while I pondered weak and weary.

In the third line of The Raven, alliteration is used

While I nodded, nearly napping, suddenly there came a tapping

There are many other uses of alliteration in the poem but I used these two for illustration.

Assonance is kind of the opposite of alliteration as it is the repetition of vowel sounds in multiple words.

Once upon a midnight dreary, while I pondered weak and weary.

The two words dreary and weary have vowel sounds repeated in both of them.

Looking at the words you would notice the repetition of /ea/.

Consonance is the repetition of consonants sounds close to each other. This is similar to alliteration.

What’s the difference between alliteration and consonance?

While consonance is the repetition of consonant sounds close to each other both beginning, middle, and end.

Alliteration is a type of consonance that refers to the repetition of consonant sounds at the beginning of the words.

Ah distinctly I remember it was in the bleak December

A cacophony is a group of words combined to give a harsh sound.

It is used to call your attention to certain words in a poem.

To identify cacophony look at for some of these letters b, d, g, k, p, s, and t. You can also find it in consonant blends like ch, sh, tch, etc.

Caesura is a break, pause in the line of poetry.

The plural form of caesura is caesurae which is a Latin word that means to cut.

This is the creation of harsh and inharmonious sounds using the combination of the harsh sound in a poem.

Sometimes the poet uses it to express rage.

It is not limited to rage. It can also be used to express the çonfusion on a page.

When a scene of confusion is to be painted as a poet is to use dissonance and see where it takes you.

This is the omission of a vowel or consonant sound.

It is mostly done to allow a statement to conform to a certain meter.

Sometimes it is done to show speech mannerisms.

Contractions can’t, don’t, won’t, oughtn’t, and so on.

These lines of poetry read like natural speech. It ends at the end of a line.

It is used in all forms of poetry.

To identify end-stopped lines read the poem and notice the line end you made pauses and not run-on to the next line.

Another way is to look at punctuation marks like comma, colon, full stop.

However, combining the two methods would get you closer to finding end-stopped lines.

This is the opposite of end-stopped lines. It does not pause at the end of a line.

You can break a line without pause.

This is the opposite of cacophony.

It is combining words that sound pleasing together.

This pleasant musical sound is also brought about using figures of speech and other sound devices.

This is the number of beats in a poem.

It is identified by doing a syllable count.

Meter is one characteristic use to determine the form of poetry.

From free verse,blank verse, and other forms of rhyme verse.

Onomatopoeia simply means a word that sounds like the meaning sound it represents.

The word came from an ancient “Greek” word onomatopoiia which means “the making of a name or word”.

In the poem, although bells is not an onomatopoeia the repetition of the word calls up the sound in our mind.

The repeating sound of a ringing bell.

This is when a word or phrase is repeated in a poem.

This repetition helps to lay emphasis on a set of words and guide the reader of the poem to see what you want them to see.

The effect is noticed when spoken aloud.

A famous example is the speech of Martin Luther King Jr  I have a dream.

Throughout his speech he repeats, I have a dream.

In  The Raven, we notice the raven in the poem repeating Nevermore when the poet asks a question.

Rhyme is the repetition of the same sounds in a poem. There are many kinds of rhymes but the most popular is the end rhyme.

End rhyme is the rhyme(repetition of the same sounds ) at the end of a line. It’s when the last word of one line rhymes with another line.

Internal rhyme is the repetition of the same sounds in the middle of a line. It’s when a word inside a line rhymes with another word inside another line.

Initial rhyme is when the beginning of a word rhymes with another word.

With rhyme, there are various patterns of repetition of these same sounds in a poem.

This is called a rhyme scheme

In the example poem, I gave.

The rhyme scheme is aa.

Another pattern could be

To quench my hunger

Before I tell you the rhyme scheme let me show you how to get it.

Ok back to our poem.

Give me the hare   A

To quench my hunger B

Show me you care.  A

Don’t wait any longer B

The rule is not to force the rhyme on a poem but allow it to reinforce the meaning of the poem.

This is the effect that arises from using different patterns of stressed and unstressed syllables in the word combinations.

The Meter and feet of a poem determine the rhythm of the poem.

Earlier forms of poetry like the sonnet, blank verse had a regular rhythm.

Free verse does not have a regular rhythm a poem can go on to have a rhythm of its own.

When using rhythm make sure the rhythm enhances the poem.

Don’t force rhythm on your poem.

It would feel out of place.

If you want a worksheet that will help you identify these sound devices in poems.

Are you looking for poetry ideas?

Check out this post on 15 ways to get poetry ideas.

To sum things up we have sound devices that would give that lyrical feeling to your poem and make it sound distinct.

Knowing and using them intentionally would help you create a sensational in your reader.

Which is one of the main purposes of a poem to make you feel.

Note emotions are not limited to these three.

Sound devices intentionally used in your poem can help you make certain words, phrases, expressions, and lines standout before the reader or listener.

Which of the sound devices are you going to try next?

Are you going to use alliteration or rhyme? 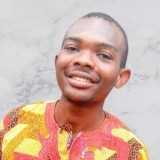